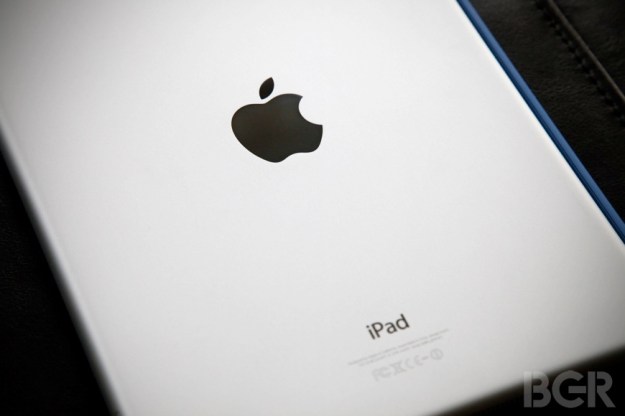 Watch out, Microsoft: Apple is designing a tablet that can replace your laptop too. Macotakara.jp has picked up the latest issue of Japanese magazine Mac Fan and has found that it’s printed a leaked blueprint for the so-called iPad Air Plus, a giant 12.2-inch tablet that Apple is rumored to have been working on for the past year at least.

According to the leak, the new iPad will be released in between April and June next year and will have dimensions of 305.31 x 220.8 x 7 millimeters. In comparison, the recently released iPad Air 2 measures in at 240 x 169.5 x 6.1 millimeters, so it looks like the new tablet will be both larger and slightly thicker than the iPad Air 2.

The publication also says that the device will be the first to run on Apple’s new A9 chip, which we’re also expecting to see in both the iPhone 6s and the iPad Air 3 next year. It also reports that the “iPad Air Plus will have four built in speakers on each edge of case, in order to play stereo sound” no matter which way you rotate the device.

In all, it sounds like the iPad Air Plus is being designed as a tablet that can appeal to professionals who want to have a large touch-based computer they can use for work. Be sure to check out Macotakara.jp’s full summary of Mac Fan’s report at the source link below.